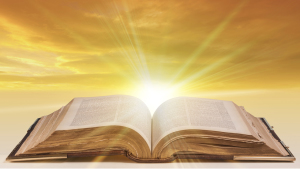 Ellerson Castille, Sr. was born on April 12, 1947, in Beaumont, Texas. He transitioned to eternity with his Lord and Savior on December 11, 2019, in Garland, Texas.

Ellerson graduated from Charles Drew High School in 1965. He went on to attend Southern University where he majored in music. Ellerson was a member of Southern's marching band in which he played the trombone. He played other instruments as well, including the keyboard, as he was remarkably musically inclined. In 1969, Ellerson graduated with a Bachelor of Arts degree in Music. He taught music for a brief time before realizing his passion as a business man. He was proud to be the owner of Castille Janitorial and Lawn Maintenance until 2006 when he retired due to declining health.

Affectionately regarded as "PaPa" by his grandchildren, Ellerson delighted in yard maintenance, boating on the lake, and golf among other hobbies. He was also an avid fan of the Dallas Cowboys. More than anything, he truly enjoyed spending time with his family and living life to the fullest.

He was preceded in death by his parents, Reverend Claude and Christine Castille. Those left to cherish precious memories include his wife, Bobbie Castille; children: Ellerson Castille, Jr. (Natasha), Raquel Hoy (Jeffrey), and Christina Castille; the mother of his children, Laura Castille; grandchildren: Ellerson Xavier Castille, Jordan Alexander Hoy, Breanna Castille, and Alexa Hoy; sisters, Claudette Castille and Mary Brown; and a host of other relatives and friends.