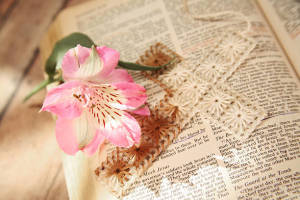 Throughout her life, Velma was known for her faith, fashion, beauty, sassiness, and culinary skills. Some of her most beloved creations included fried chicken, pecan pies, and Italian cream cheese cake. She definitely left a lasting impression on every person she met.  Affectionately regarded as "Diva" by close friends, she loved the finer things in life. She had friends of all ages and all walks of life, including her numerous “play daughters”. Velma worked as a seamstress at several high-end boutiques prior to becoming an entrepreneur. As a small business owner, Velma tended to clients both in her home and in her clients' homes. In addition, Velma helped many of her grandchildren with their formal attire for special events, including proms, homecoming, and weddings.

Velma was blessed with four children: Clara Nell Pullen, Rodney John Walter, Sr., Lynn Darnell Walter, and Kenneth Gene Walter, Sr. Those left to celebrate her life and legacy include her two sons and daughter-in-law: Lynn (Gina), Ken (Gricela), and Barbara (Rodney). She is also survived by her two sisters, Jean and Mae; 10 grandchildren, eight great-grandchildren, as well as a host of cousins, nieces, nephews, and friends, many with whom she shared special relationships. She was predeceased by her children, Clara and Rodney; parents, Frank and Mettie; and siblings: Harris, Vess, Katherine, and Bertha.

The family extends sincerest thanks and gratitude to all who have extended their condolences and support during this difficult time. To all of her extended family and friends, including special friends - Rosie Williams, Evelyn Clark, Liz Hill, Grace Brown, and Faye Johnson, and goddaughters - Ivory Evans, Sandra Franklin, and Michelle Strawthers, we say thank you for loving her and helping her both throughout her life and in her time of need.  May God continue to bless us all.