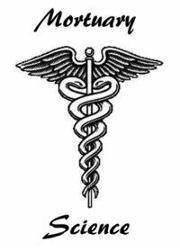 George Earl Roseboro III was born on March 25, 1944, in Winnsboro, South Carolina. He transitioned to eternity with his Lord on July 10, 2020, in Duncanville, Texas.

George graduated from Fairfield High School in 1961. He went on to enlist in the United States Air Force in which he served from 1961 to 1965 (active) and 1965 to 1967 (reserve). After being honorably discharged, he attended Dallas Institute of Funeral Service - Gupton Jones Mortuary  College where he excelled academically and earned a dual license in funeral directing and embalming. He enjoyed a longtime career in death care.  For more than 30 years, George worked for McGowan Funeral Home under the mentoring of Alto and Georgia McGowan. There, he developed absolute expertise in the science of preserving and restoring the deceased. He retired to return to death care, offering his expertise at Restland Funeral Home, the largest death care provider in Texas at that time. Before fully retiring, he also embalmed at Laurel Land Funeral Home and was an integral part of the launch of Chamberland Funerals & Cremations which is owned by one of his many proteges. George was also a member of the Prince Hall Freemasonry.

On September 28, 1968, George married the love of his life, Janie Louise Archie. Two beautiful children were loved and nurtured to their union. The two remained united until his transition.

Affectionately regarded as "Skinny" by family and friends, George enjoyed many hobbies. For many years, he delighted in greeting the community at 2830 South Ervay Street in Dallas. Families, neighbors, colleagues, and city leaders would visit McGowan to say hello and glean wisdom and advice from him. He also enjoyed the sport of golf. In the minimal amount of spare time he had, he served in various ministries at Griggs Chapel Baptist Church, including the Usher Board (President), Deacon Board, and Laymen’s.

George will be fondly remembered for his outspoken nature and sense of fashion. He was a caring, competent, and confident professional with an admirable boldness respected by many. George Roseboro will be dearly missed by all who knew and loved him.

Please note
CELEBRATORY VIEWING: ALL are REQUIRED to wear a mask upon entering Griggs Chapel Baptist Church. INTERMENT: Due to cemetery restrictions, the service is private. All are invited to join us via live stream on this page for the Dallas Funeral Directors' March at 5 pm on Thursday, July 16, 2020 and for the service at 10:15 am on Friday, July 17, 2020.
Share a memory
© 2020 Chamberland Funerals & Cremations. All Rights Reserved. Funeral Home website by CFS & TA