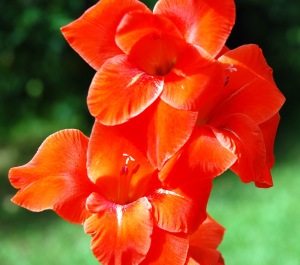 Janet Marie McCoy Lindsey was born on December 31, 1948, in East St. Louis, Illinois. After a life filled with many blessings, she transitioned to eternity with her Lord on January 2, 2020, in McKinney, Texas.

Janet was the second of seven children born to Charles McCoy and Mary Louise O'Neal McCoy. She graduated from Lincoln High School in 1967 and went on to begin her career with the United States Postal Service in St. Louis. She also worked as a claims processor at Blue Cross Blue Shield until 1988, when she relocated to Dallas and later continued her employment with the United States Postal Service until she retired.

Affectionately regarded as "Mama J" by close family and friends, Janet enjoyed many hobbies, including enjoying new restaurants, reading conspiracy books, cooking, catching the newest action movies, taking trips to Las Vegas, watching old westerns on TV, and shopping at Dillard’s and JCPenney for anything with a red clearance tag — whether she needed it or not. She enjoyed connecting with friends and family on the phone and in her travels, but above all she delighted in spending quality time with her two daughters and her grand-dog.

Janet touched the lives of all who crossed her path. She tried her best every day to improve the world for those who were close to her. She eagerly offered nurturing guidance to her extended family and many young people she encountered, and she was passionate about helping others succeed in life. Janet will be fondly remembered for her ambition and strength as she sacrificed to ensure that her daughters got a great education and opportunities to achieve their goals. She had an extremely generous heart, and she freely gave whatever she had to share if anyone had a need. Janet’s sense of humor and enthusiasm will be missed dearly by all who had the chance to appreciate her laughter and her beautiful smile.

In Janet's honor, memorials may be made to the National Kidney Foundation by clicking the link below.