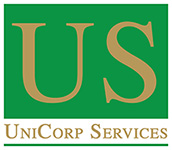 John Paul Lester was born on July 3, 1963, to Benjamin Franklin Lester and Christine Melva (Clinton) Lester in Springfield, Massachusetts. He transitioned to eternity with his Lord on July 19, 2020, in Dallas, Texas.

John attended Classical High School (Springfield, Massachusetts) where he enjoyed wrestling and was an honor roll student who excelled at everything he set out to accomplish. He graduated in 1981 and went on to earn a Bachelor of Arts degree in Economics and Psychology from the University of Virginia (Charlottesville, Virginia) in 1985. Upon graduating from college, he accepted a position with the Federal Deposit Insurance Corporation (FDIC) where he worked as a bank liquidation specialist in Lubbock, Texas, from 1985 to 1991. From there, John became founding partner of UniCorp Services, Inc., a national company that provides financial advisory services and management consulting services to high-level consultants. At the time of his transition, the company continued to thrive under John's leadership as President and CEO. He was also President/CEO at Staffing Dynamics, Inc., in Dallas, Texas, from 1994 until his transition.

John had a passion for imparting knowledge and helping others achieve their goals and realize success. His passion was manifested through his civic, community, and fraternal involvement as he was a member of several organizations and served on a number of boards and advisory councils:

John accepted Christ at a young age and remained faithful to God's word throughout his life. In 1998, he joined North Dallas Community Bible Fellowship where he was an active participant in Operation Oasis and remained a dutiful steward.

On December 31, 1999, John married the love of his life, Mary Christine Murphy. To their union, two children were loved and nurtured. The two remained united until John’s transition.

Affectionately regarded as “Spider-Man”, “Big Mister J”, “Champ”, and “Scooby-Doo”, John enjoyed many hobbies, including basketball, golf, music, and reading. An avid art collector, poetry writer, and orator, he will be fondly remembered for his extraordinary brilliance, jokester nature, and devotion to others.

In John's honor, memorials may be made to the International Myeloma Foundation by clicking the link below.

Viewing
Tuesday
July 28, 2020
2:00 PM to 6:00 PM
Chamberland Funerals & Cremations
333 West Avenue D
Garland, TX 75040
Graveside Service of Celebration
Wednesday
July 29, 2020
10:00 AM
Restland Memorial Park (Court of Holy Family)
13005 Greenville Avenue
Dallas, TX 75243
Please note
* ALL are REQUIRED to wear a mask upon entering Chamberland and upon arrival at Restland. * Please note that John's graveside service will take place at Court of Holy Family at Restland Memorial Park. There is an information booth at the Restland Road @ Greenville Avenue entrance of Restland Memorial Park where guests can receive directions to Court of Holy Family. Via live stream at 10 am (CST) on Wednesday, July 29, 2020, on this memorial page, all are invited to join us for John's celebration of life.