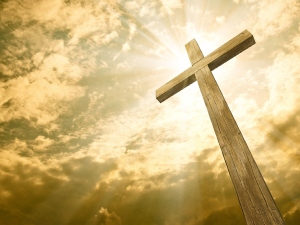 Lawanda Williams was born on August 30, 1960, in New Orleans, Louisiana. She transitioned to eternity with her Lord on July 10, 2020, in Dallas, Texas.

Lawanda graduated from Xavier Preparatory High School where she excelled academically and was a member of the marching band. In 1978, Lawanda graduated and went on to attend Southern University where her focus was accounting. She earned a Bachelor of Science degree in Business and Accounting and enjoyed a longtime career working for various companies in Louisiana and Texas. While at Southern, Lawanda also became a member of Delta Sigma Theta Sorority, Inc.

Among many hobbies, Lawanda enjoyed shopping and dancing. One of her favorite artists was Frankie Beverly and Maze. With a genuine love for music, she most delighted in singing which was her divine gift.

She used her voice to honor God on several platforms. Prior to relocating to Texas, Lawanda was a faithful member of Greater Bright Morning Star Missionary Baptist Church where she served under the leadership of the late Pastor Lloyd Antoine Gomez who also baptized her. Later, she worshiped under the late Pastor George Woods and the current pastor Woodrow Hayden. There, she was an integral part of the music ministry. She was also a part of the adult and children's music ministries in the First District Baptist Association and Cornerstone Missionary Baptist Association. Upon relocating to Texas, after Hurricane Katrina, Lawanda united with North Dallas Community Bible Fellowship where she served under the leadership of Dr. Leslie Smith. There, she used her gift of music to glorify God through the adult and children's choirs. She was also a part of the Singles' Ministry. Lawanda continued to glorify God through singing in the adult and children's choirs at Amity Bible Church, also founded and led by Dr. Smith.

Affectionately regarded as "Laday" by her daughter, "Wada" by her brother, and "Sissy" by her special sister, Lawanda will be fondly remembered for her generous spirit, authentic nature, loyal heart, and beautiful smile. She will be dearly missed by all who knew and loved her.

Please note
ALL are REQUIRED to wear a mask upon entering the building. Those who are not able to attend are invited to join us via live stream for the celebratory viewing at 2 pm on this page.
Share a memory
© 2020 Chamberland Funerals & Cremations. All Rights Reserved. Funeral Home website by CFS & TA