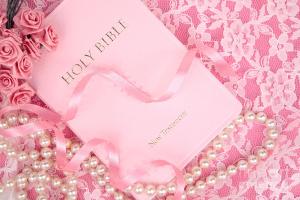 Maxine Willene Woods was born on August 19, 1933, in Tulsa, Oklahoma. She was the second child born to Al Woods and Carrie Reed Woods.

Maxine married her high school sweetheart, Allen Pegues, Jr. on Easter Sunday, 1951. To their union, three children were born - Contreda, Patella, and Edgar. The two remained united in holy matrimony for 40 years until his transition.

Maxine was a lifetime member of Mt. Zion Baptist Church in Tulsa. In her later years, Maxine relocated to the Dallas, Texas, area to be closer to her children. While residing in the Dallas area, she attended Oak Cliff Bible Fellowship Church with her son and his family. Her genuine Christian works for the glorification of the Lord were always evident in her obedience to God. Maxine served on the usher board and deaconess auxiliary while at Mt. Zion. She was a strong, faith-based Christian woman who loved her church family. She also enjoyed her bible study group at DeSoto Senior Community Center in DeSoto, Texas.

Maxine went to sleep on Friday night, April 3rd, and woke up in glory on Saturday, April 4th. She was preceded in death by her parents, Al Woods and Carrie Reed Woods; husband, Allen Pegues, Jr.; and sister, Dorothy Mae Jeffries. Those left to continue her legacy with an abundance of fond memories include her daughters, Contreda Lewis (John) and Patella Pointer (Niva); son, Edgar Allen Pegues (Willie); seven grandchildren: Alicia, Edgar II, Kayla, Trinket, John II, Nikki, and Tekisha; 16 great-grandchildren; a host of nieces, nephews, and other relatives; and a ton of friends and associates.