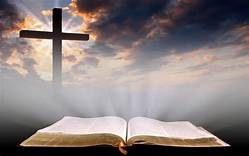 Michael Wayne Barrett was born on July 11, 1953, to James Lee and Leary Nell Frierson Barrett in Dallas, Texas. Born the middle child of seven children, with utmost delight to share his mother's birthday, he transitioned to eternity with his Lord on September 15, 2020.

Michael attended Hamilton Park Elementary, Junior High, and High Schools as a young child. His athletic abilities began to blossom as far back as his elementary years. He went on to attend Lake Highlands High School in 1970 and was a star athlete who showed great academic promise. He played running back and was proud to be the first Black athlete to score a touchdown on the Lake Highlands High School football field. Michael graduated from Lake Highlands in 1971 and later attended Eastfield College and then ATI Technical Institute where he earned a degree in Computer Programming. He enjoyed a longtime career at Texas Instruments where he worked as a wafer fab technician, communicating and interfacing with engineers and manufacturers on a daily basis. After almost 40 years of achieved and dedicated service, Michael retired.

At Hamilton Park High School, Michael met Rogena Paul, his high school sweetheart who would become the lasting love of his life. The two united in holy matrimony on April 7, 1984, and remained a solid union until his transition. To their union, a precious son, Damion, was loved and nurtured.

A servant by nature, Michael was a longtime member of New Mount Zion Baptist Church where he served under the leadership of Dr. R.E. Price, Sr. and later under the leadershp of Dr. Tommy L. Brown. He truly loved his pastors and demonstrated his love for them through his loyal leadership in the Watch Team Ministry. He also sang in the male chorus; coached the New Mount Zion Volleyball Team; participated in the Senior Saints Ministry; and served in the Deacon Ministry, Usher Ministry, and Fellowship Ministry of which he served as General President for many years. His presence touched ushers at the church, as well as at the district and citywide levels. From weddings to celebrations of life to anniversaries, Michael's presence and his example and heart for service was appreciated.

Among many hobbies, Michael enjoyed sports. He was Umpire and a baseball player for the Texas Instruments Knights. He also enjoyed being a member of the Hamilton Park School Wide Reunion Committee; Michael was a lifelong loyal Bobcat. Most of all, he enjoyed spending time with family and friends. Affectionately regarded as "Mike", Michael loved people. He never met a stranger and would engage with all who crossed his path. His intelligence and jokeful spirit will be fondly remembered and treasured by all who knew and loved him.

Interment
Friday
September 25, 2020
Restland Memorial Park
13005 Greenville Avenue
Dallas, TX 75243
Please note
* ALL are REQUIRED to wear a mask upon entering Chamberland. * Due to the COVID-19 pandemic, a private celebration of life will be held. * All are welcome to join in the celebration of Michael's life via live stream on this memorial page and at https://nmzb.org/at 11 am Friday, September 25, 2020.
Share a memory
© 2021 Chamberland Funerals & Cremations. All Rights Reserved. Funeral Home website by CFS & TA | Terms of Use | Privacy Policy