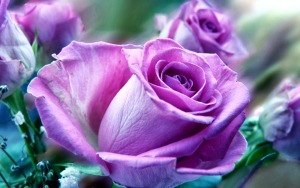 Shirley Ann McClellan Rose was born on March 24, 1950, in Sapulpa, Oklahoma. She transitioned to eternity with her Lord on January 27, 2020, in Carrollton, Texas.

Shirley graduated from Liberty Mounds High School. She earned a Bachelor of Arts degree in Business from Amberton University. Shirley enjoyed a longtime career in customer service (telecommunication industry). She was a union steward with Communication Workers of Amercia (CWA). After approximately 25 years, she retired from Verizon. Her strong work ethic guided her to continue working at United Healthcare in customer service. After approximately five years, she fully retired.

At a young age, Shirley accepted Christ as her Lord and Savior. She always belonged to a local body of Christ. At the time of her transition, she served at Mt. Hebron Baptist Church in Garland, Texas, under the leadership of Pastor Leonard O. Leach.

Affectionately regarded as "MiMi" by her grandchildren and great-grandchildren, Shirley delighted in many hobbies, including caring for others, fishing, traveling, and spending time with her family. She also enjoyed reading, particularly her Bible. Shirley will be greatly missed by all who knew and loved her.