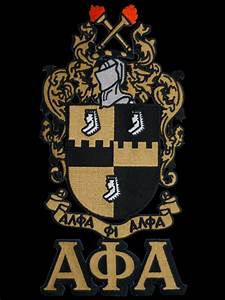 William Edward Taylor, III, Esquire, was born on February 25, 1967, in Detroit, Michigan. He was the second of four children born to Robert and Beverly Taylor.

William accepted Christ at the age of 5 and was baptized at Corinthian Missionary Baptist Church in Detroit. He attended Henry Ford High School in Detroit where he was an honor student who took Advanced Placement classes in Mathematics, History, and Economics. He also completed college courses at Wayne State University prior to his high school graduation. As dedicated as he was to his academics, he was also a stellar athlete. He was the starting center on his high school basketball team where he looked to dunk on an opponent at every opportunity.

William continued his quest for academic prowess by attending one of the best colleges in the country – the world renown Albion College in Albion, Michigan. At Albion, he majored in Economics Management and Political Science, graduating with degrees in both in 1989. In addition to his academic life, he was extremely active on campus. He was a member of Alpha Tau Omega Fraternity, Vice-President of the Alpha Tau Omega Fraternity House, the chairman of the Inter-Fraternity Council, and a three-sport athlete (basketball, football, and track).

All who knew him, knew his passion for sports. At Albion, he received nine letters in three sports: four in basketball, four in track, and one in football (having only played football in his senior year). He was a three-time triple jump conference champion (1987, 1988, and 1989). He earned the 1989 MIAA Conference Rebounding Title with 11.8 rebounds per game. He was named the Team’s Most Valuable Player, the Marshall Optimist Tournament MVP, and the MIAA Player of the Week. In his best college game, he netted career highs of 30 points and 17 rebounds.

When William was a little boy, he renamed himself William Edward Taylor, III, Esquire, putting the world on notice that he would become an attorney. After his stellar college career, he entered the University of Iowa College of Law to fulfill that prophecy. While in law school, he served as the Regional Treasurer of the Black Law Students Association and Director of Student Legal Services, and he served on the Moot Court Competition Board.

After passing the bar, William joined the Detroit Law Firm of Shermeta, Chimko, and Kilpatrick. He later met Leon Gant, a kindred legal spirit, and they formed a partnership and opened the Law Offices of Gant and Taylor, in Detroit where they specialized in bankruptcy. After moving to Washington, D.C., William and a fellow Albion graduate, Scott Ammons, formed the Law Offices of Ammons and Taylor which also specialized in bankruptcy. William later joined the Washington, D.C., based firm, Jackson Campbell, where he litigated class action asbestos cases. Still having the passion to own his own firm and represent businesses, William and his wife, Dannielle, who is also an attorney, formed the Law Offices of Taylor & Sharp, PLLC.

As Taylor & Sharp began to grow, William utilized lessons learned from his two great mentors, Judge Myron Wahls and Victor Marsh, and insisted that every client must feel as if they are the only client of the firm. As Taylor and Sharp’s Managing Partner, he served as general counsel for real estate companies, publishing companies, record labels, construction companies, nonprofit companies, foundations, churches, clothing companies, and sports management companies. He represented Grammy-nominated artists, school boards, and international real estate developers. In fact, on February 20, 2020, William accepted the appointment to serve as Global 2000 (2010) International Ambassador Extraordinary, Plenipotentiary to the United Nations Headquarters in New York and President of the Board of Advisors.

William believed in creating educated, informed, and engaged communities. He modeled his beliefs through the organizations he supported. He was a member of the American Bar Association, a S.C.O.R.E. advisor, and a life member of Alpha Phi Alpha Fraternity, Inc. He was a frequently sought speaker on business law, entertainment law, and venture capital.

William often reflected on his time in Iowa because he not only received his Juris Doctorate degree, but he also met the love of his life and soulmate, his wife, Dannielle. Together, they practiced law, debated issues, traveled the world, watched sports, and vowed to learn at least one new thing each day. Their favorite pastime was spending time with each other. They were practically inseparable since the day they met.

To send flowers to the family or plant a tree in memory of William Edward Taylor III, Esq., please visit our floral store.