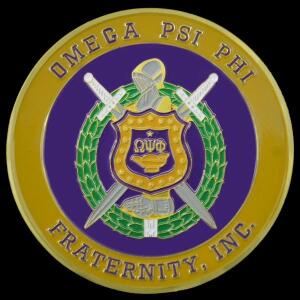 William Edward Woods was born on August 16, 1968, to Charles Edward Woods and Yvonne Wilson Shores in Oklahoma City, Oklahoma. He passed away peacefully on Sunday, May 17, 2020, at Faith Presbyterian Hospice in Dallas, Texas.

A graduate of Carl Albert High School, Oklahoma Baptist University, and University of North Texas, William married the love of his life, Janet Vasquez, on June 8, 2001, in McKinney, Texas. To their union, a beautiful daughter was nurtured and loved.

Affectionately known as “Cookie” after he brought the tasty snack to basketball practice as a 15-year-old, William worked as a teacher and administrator in Oklahoma where he taught history and coached basketball for seven years. He continued his education career in McKinney Independent School District and Garland Independent School District for an additional seventeen years combined. William mentored teachers and students who themselves became teachers, principals, and directors in education. Every person he touched cited that they would not be in their current position if it was not for William Woods.

William valued education and was a protector of the students and families he was charged with educating. He ran highly structured and high-achieving schools that allowed students to reach their potential. His unwavering work ethic was displayed each day. He was committed to each child and knew his students and their parents by name. He wanted children to know that they were safe, loved, and he cared.

William was an avid basketball player and earned All-Conference, All-State, and All-American honors in basketball. He also garnered academic awards to go along with his athletic prowess. He played collegiate basketball at Oklahoma State University and Oklahoma Baptist University. Whatever he did, he gave his very best.

Most remarkably, William was a devoted father, husband, brother, son, and friend. As a father, he was committed to his daughter, Elizabeth. She was by his side from the very moment she could walk and talk, often being his secretary and reminding everyone of the gentle and affectionate soul he had. As a husband, he married the love of his life, Janett. Their union remained strong throughout the years. They continued to inspire and instill hope in each other.

As a brother, he was a hero. Growing up, he and his siblings would find mischief and adventure as children sometimes do, citing mischief as “incidents'' in which they were lucky to survive. As a son, he was raised by two loving parents who instilled the values of great character, honor, hard work, and integrity. As a friend, his mentorship and character was contagious. He seemed to always stay positive and hopeful for the future, even in the toughest of times. Even when in pain, he continued to reassure others that he was going to be alright. William never missed an opportunity to speak the truth and show great compassion to others.

William wanted to let everyone know that he loved them and that he will see them in the next life. He was merely doing his calling...helping young people and supporting schools. He wanted to accomplish more; he just ran out of time. He emphasized that maybe, in his legacy, he can do more.

Viewing
Thursday
May 21, 2020
1:00 PM to 6:00 PM
Chamberland Funerals & Cremations
333 West Avenue D
Garland, TX 75040
Private Service
Please note
Due to the current pandemic, a private memorial service will be held in William's honor. Thank you for understanding, and your prayers are greatly appreciated.

Thank you for honoring William through supporting his daughter's education. Your kindness is greatly appreciated.